The Wikimaps project was involved in a chain of international events. First in series was State of the Map Baltics organized in Tartu, Estonia. The series continued to Wikimania in Hong Kong ja finally the project was part of a code sprint organized to celebrate the 9th birthday of OpenStreetMap.

Together with the Baltic mappers we arranged a workshop on historical maps of Tartu. The Estonian National Archives, the National Library and Tartu University provided us with the old maps. They depict the city of Tartu over the years 1892–1986. All maps used in the workshop are now available in hi-res in Wikimedia Commons. 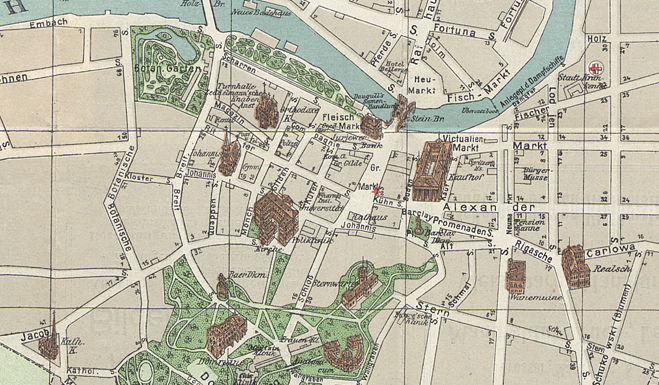 Tartu’s history is multifaceted: The fortress, that was known as Tarbatu in the first centuries AD, was renamed Yuryev when Yaroslav the Wise, the Grand Prince of Kiev renamed it after his Christian name Yuri. Conquerors and names kept changing since. In the end of the 13th century Tartu was a member of the Hanseatic League under the name Dorpat. For the Swedish rulers Tartu was known as Dorpat, as well as for the Polish ones. The Estonian name Tartu was adopted since Estonia detached from Russia in 1918. This was good material for our workshop. 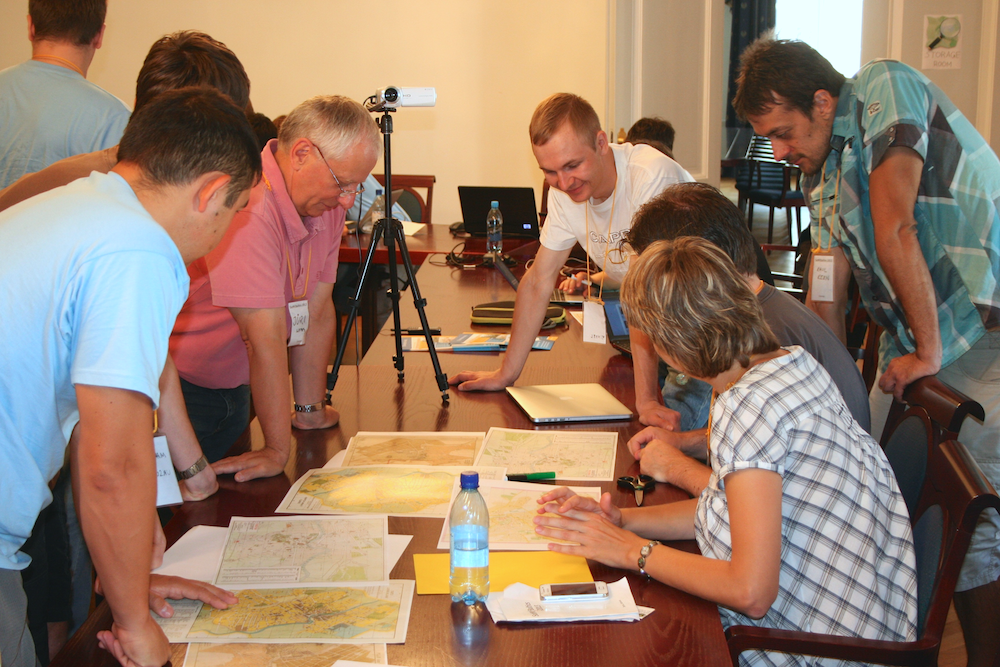 We started the workshop early Sunday morning. I presented the maps and the challenges

We worked with a tight schedule in five groups. Attentive sounds of discussion filled the space. Two of the groups managed to get their thoughts on paper.

The first group discussed the properties that are to be collected from a map. As an example, when a mapper traces the Tartu Town Hall, there is no way of knowing the start_date, the construction year of the building – only that it existed at the given date. Or maybe the map is not truthful. In one of the maps from the Soviet era the geographic features had been falsified. 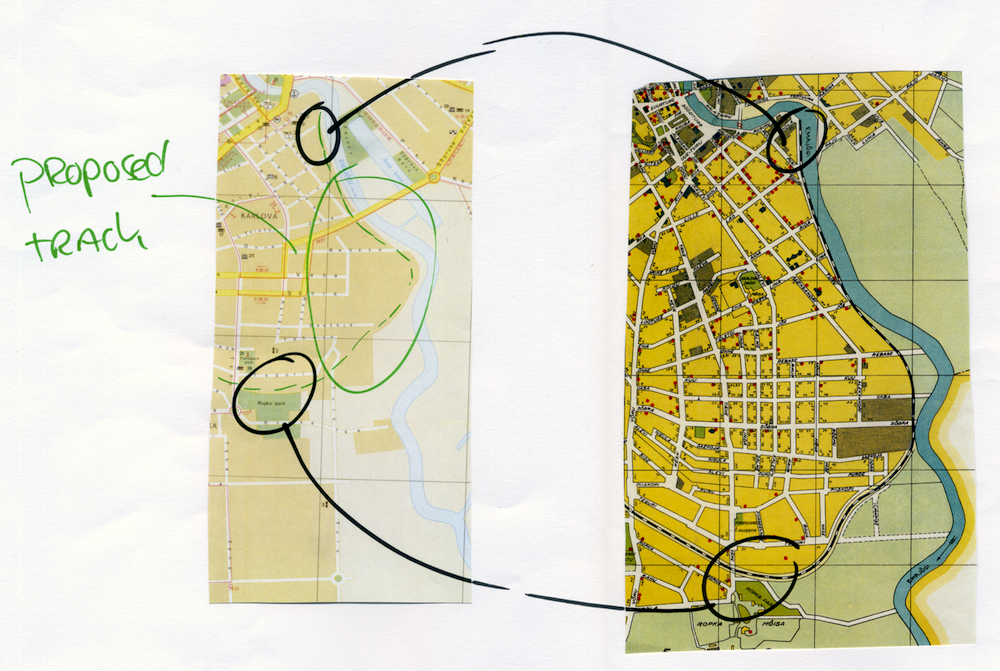 We discussed routing and calculating travel times along historical itineraries. Routes emerge and disappear: bridges are bombed, railway tracks removed and a cycling track is built in place, new highways are built.

The proposal for mapping Paris of the Musketeers triggered more ideas of placing literature on a map: Pubs of Joyce’s Ulysses, Sherlock Holmes’ London, Robin Hood in Nottingham and mapping the land of Kalevala, the national epic of Finland. Biographies of historical figures could be placed on a map in Wikipedia. 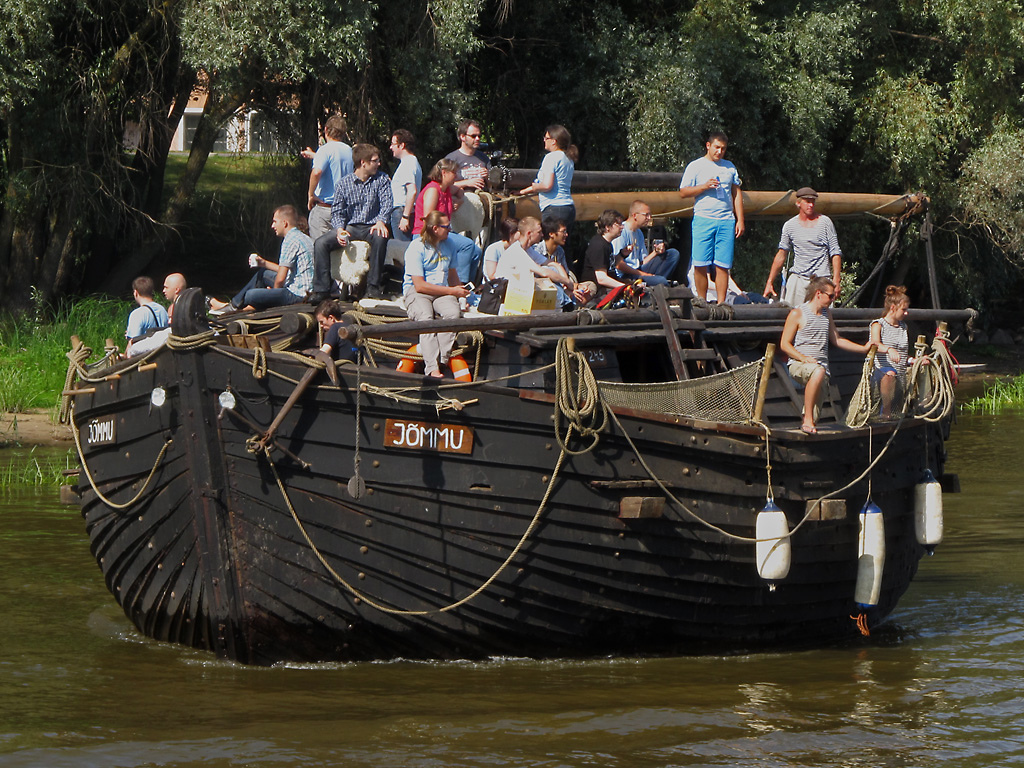 Wikipedian and mappers in the same boat. The boat trip in State of the Map Baltics. CC BY-SA 2.0 SK53 OSM

Later the same week hundreds of wikipedians gathered in Hong Kong for Wikimania from all over the world. During the event the participants in the multitude of Wikimedia projects can exchange experiences and tighten their collaboration. On the other hand it is an opportunity for the Wikimedia Foundation staff to discuss developing the environment together with the volunteers. For Wikimaps it was an chance to show what we have done and start establishing the project.

The first thing done in Hong Kong was organizing a round table discussion about geodata in Wikimedia. Particiapants were people from Wikimedia projects that use geodata as well as people from the Wikimedia Foundation.

We discussed the needs of the projects and created a document.

By the end of the week Susanna presented Wikimaps together with Maarten Dammers. Maarten is a volunteer of great projects in the Wikimedia Commons and he has originally proposed a project by the name Wikimaps.

We presented the Wikimaps Warper that has been customized for Wikimedia Commons by it’s original developer Tim Waters. It is now possible to georeference images in the Wikimedia Commons. The maps that have been georeferenced, can in turn be used in Open Historical Map for mapping historical features with OpenStreetMap tools.

With all we had done and presented over the course of the week, we were part of the OpenStreetMap code sprint. 12 hour time zone difference made it impossible for us to do things together, simultaneously. The maps of Tartu had travelled from archives in Tartu via Hong Kong to an event in the US. 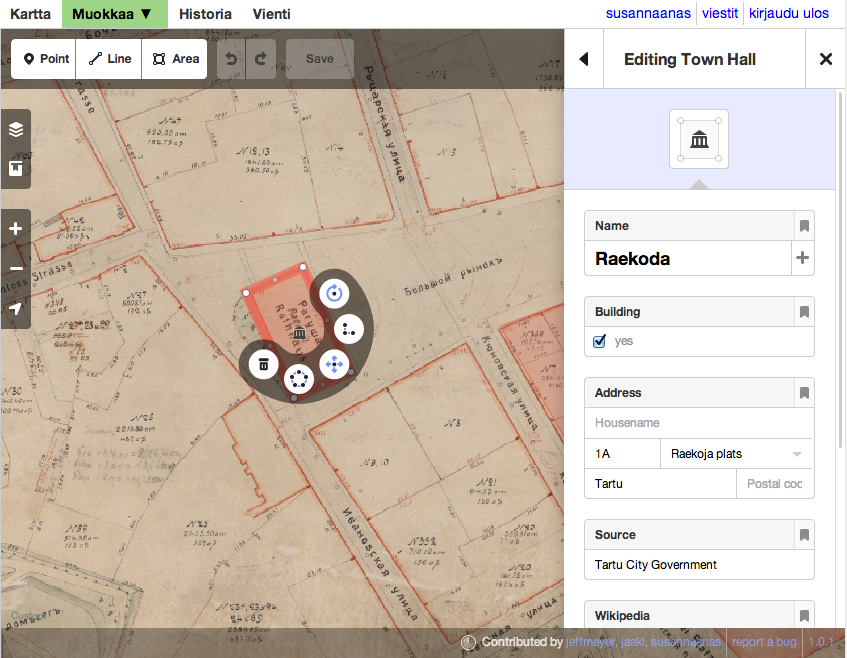 A Map of Tartu in the Open Historical Map environment, where you can use OpenStreetMap’s new iD tool.